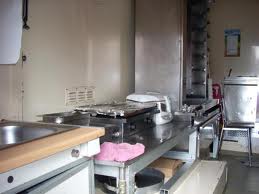 You may have already read Jerry’s story, but read it again:

Jerry is the manager of a restaurant in Philadelphia. He is always in a good mood and always has something positive to say. When asked how he is, he always replies: “If I was better than that, there would be two of us: my twin and me!” When he moves, several waiters and waitresses are willing to give up their jobs to follow him from one restaurant to another for the sole reason that they admire his attitude. It motivates others by nature.

When an employee spins a bad cotton, Jerry is always there to make him see the bright side.

Curious, I went to Jerry one day and asked him, “I don’t understand. It is not possible to always be positive like that, everywhere, all the time. How do you do that?”

“But it’s not always that easy,” I said. Jerry continued: “Life is all about choice. You choose how you react to situations. We choose how others can influence us or not. You choose to be in a good mood or in a bad mood. We choose to live our lives in the way that suits us.”

Several years later, I hear that Jerry did incidentally what should never be done in the restaurant business: one morning, he left the back door of the restaurant unlocked and he was caught by three armed robbers. When he tried to open the safe, his hand trembled with nervousness, he could not make the digital combination.

One of the intruders panicked and fired. Fortunately for Jerry, things didn’t drag on and he was quickly taken to the hospital. After 18 hours of surgery and weeks of intensive care, Jerry was discharged from the hospital with debris from the bullet that had been removed from his body.

I saw Jerry six months after the incident and asked him how he was responding to all of this. “If I was better than that,” he said, “there would be two of us: my twin and me. You want to see the scars” I didn’t want to see the injury but I asked him what had gone through his head at the time of the flight.

Jerry said: “The first thing that came to my mind was that I should have locked the back door of the restaurant. And then, lying on the floor after being shot, I remembered that I could still make a choice: either live or die. And I chose to live.”

“You weren’t scared,” I said. He replied: “The paramedics were fine. They didn’t try to tell me that everything was fine. But when I entered the hospital’s operating theater, I saw the facial expression of the doctors and nurses, and there I was afraid. I saw in their eyes that I was a dead man and I knew I had to act fast.”

“So what did you do?” “Well, my friend, there was a fat nurse who bombarded me with questions; she wanted to know if I was allergic to something. I said yes, and the doctors and nurses stopped to hear what I was going to tell them. I took a deep breath and told them I was allergic to shotgun bullets! When they stopped laughing, I told them that I had made the choice to live and that they would do better to operate on me as if I were a living man rather than a dead man!”

Jerry survived thanks to the expertise of the doctors but also thanks to his amazing attitude! I learned from him that, every day, we have to make choices: either to enjoy life to the fullest or to get bored as long as we want.

The only thing that belongs to us that no one can control or take away from us is our attitude. So when you can cultivate positive attitudes, everything else is small beer.

It’s a great story, isn’t it? But to have such an attitude… to have the reflex to say to myself I have two choices which I choose, you would have to have trained. Every day when I wake up wondering what attitude would I have today. You might have to force yourself to ask yourself that question, until it becomes a habit, so you won’t have to do it anymore…

Masterclass – The quantum leap of the pillars of your success